A Little History on The Haunted Mansion 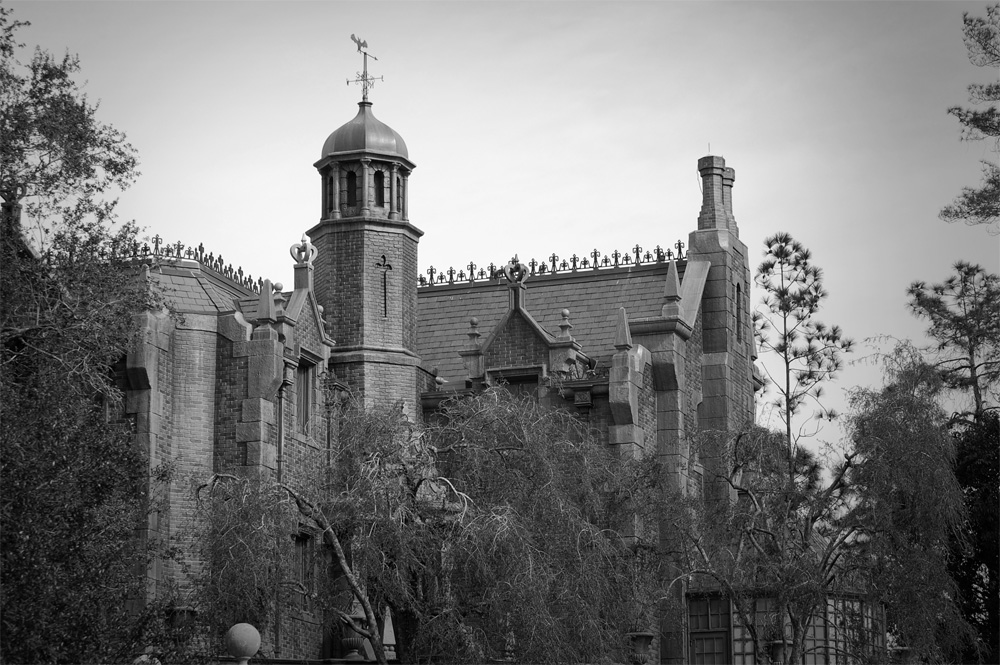 The story of the Haunted Mansion goes back to 1951 as Walt Disney first imagined “Mickey Mouse Park,” four years before Disneyland would open. Tabled, the original concepts rested until 1957 when given to Ken Anderson. Anderson’s focus turned to the backstory and began with ‘The Legend of Captain Gore,’ a sea captain with a dark past who murders his wife after she discovers his true identity. After years of his wife’s spirit tormenting him, Captain Gore hangs himself in the attic rafters.

In his second storyline, Anderson writes of Bloodmere Manor, a home with a history of violent deaths. The home was moved to Disneyland and was to be restored, but playful spirits hampered construction efforts. After a construction worker was walled up accidently, work stopped and the mansion remained haunted by the spirits and the lost construction worker. Following scripts included The Headless Horsemen and a ghostly wedding. 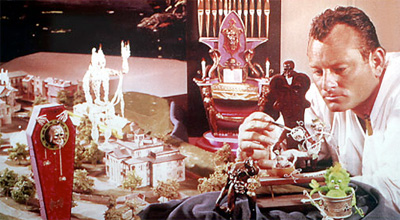 Beginning in 1959, Imagineers Rolly Crump and Yale Gracey were added to the project. The team spent a year reading ghost stories, past scripts, experimenting with illusion techniques and special effects. The pair developed a collection of ideas and experiments based on Anderson’s original stories, some of which were quite frightening. Crump would later retell that they had received a request to leave the lights on in the studio because the cleaning crews did not want to enter with the lights out. The two rigged a motion sensor that shut off all the lights and turned all the special effects on. The next morning, the effects were found running with a broom in the middle of the floor. Crump and Gracey were then told they were to clean their own studio.

After a year of development, Walt still was not happy with the progression of the project (as well as other problems hampering the Haunted House) and put the project on hold.

In 1961, handbills were handed out at the park entrance announcing the 1963 opening of New Orleans Square and the Haunted Mansion. While the exterior of the mansion was completed in 1963, the attraction was far from complete.

A series of changes were made to the Haunted Mansion team and as Ken Anderson left the project, Marc Davis and Claude Coats began work on the attraction.

It was in 1964 that Davis crafted his own concept for the Haunted Mansion that introduced the “Ghost Host” for the first time. The Host would narrate the journey through the mansion, materializing at the end to tell guests it was he who murdered the bride and her fiancé – a reference to some of Anderson’s original ideas

Following Walt Disney’s death in 1966, Davis and Coats squared off on the greatest debate regarding the Haunted Mansion – funny or scary? Davis wanted the attraction to be fun while Coats insisted it be scary. The two approaches can be seen as the first part of the ride is set with a sinister mood and atmosphere (Coats) while the end of the ride is full of imaginative characters (Davis). It was X. Atencio, who joined the team in 1965, who would pull the two concepts together.

After eighteen years of on-again, off-again development, the Haunted Mansion opened on August 9, 1969. 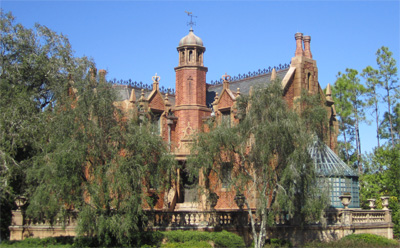 Over the years, the Haunted Mansion has seen a series of refurbishments and expansions including The Endless Staircase in 2007. Additionally, in 2011, an expanded interactive queue was added which contains a sea captain’s grave, paying homage to one of Anderson’s original story concepts.

With Haunted Mansions in four different Disney Parks, the attraction continues to be a guest favorite.

[please note that this article originally appeared on my previous blog, Mouse and Memos.com, on July 9, 2012]