“I am your host, your Ghost Host” – Back Stories of the Haunted Mansion 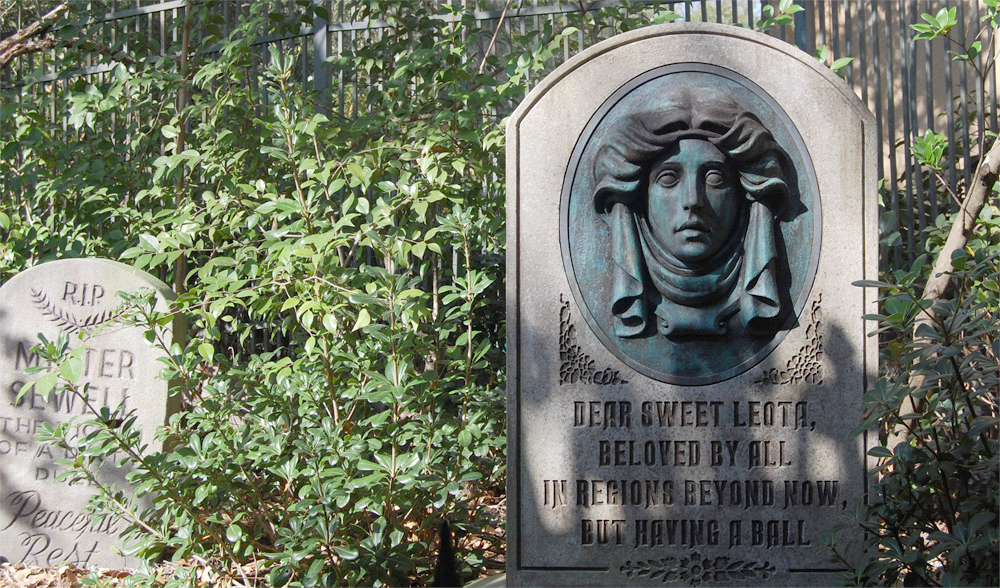 Disney Imagineers and writers originally contemplated many different storylines for the Haunted Mansion. (For more about Imagineers and the history of the Haunted Mansion, check out A Little History on the Haunted Mansion) After years of development and debate, scriptwriter X. Atencio settled on one of Walt’s original ideas – a retirement home for restless spirits. Challenged by the two very different creative styles of Marc Davis and Claude Coats as well as a slew of disjointed back stories, a retirement home seemed the perfect solution. The Ghost Host references this at different points throughout the ride.

Our library is well stocked with priceless first editions, only ghost stories of course, hmm. And marble busts, of the greatest ghost writers, the literary world has ever known. They have all, retired here to the Haunted Mansion, actually we have 999 happy haunts here, but there’s room for one thousand. Any volunteers? If you should decide to join us, final arrangements, may be made at the end of the tour.

Hurry back, hurry back. Be sure to bring your death certificate if you decide to join us. Make final arrangements now. We’ve been dying to have you.

By using this backstory, mini-stories and individual “gags” could be done throughout the ride as well as be changed – like the Attic, which we will get to in a minute. Many aspects of the attraction come directly from original ideas for the ride, going back as far as 1961. For example, an earlier idea was to have a raven narrate the story. Due to difficulties in application, they returned to a disembodied Ghost Host, however the raven can be seen and heard in the Conservatory near the coffin.

The Stretching Room pays tribute to one of Ken Anderson’s original stories in which Captain Gore hangs himself from the attic rafters after murdering his bride. The room’s “current corpse” is that of the Ghost Host, offering his own alternative exit from the room with which “has no windows, and no doors.”

Other elements tie back to earlier ideas, including the the stretching portraits, the transforming portraits in the Portrait Corridor and the Endless Staircase (added 2007), which are based on original concepts by Marc Davis.

In the Grand Hall banquet scene, a variety of back stories make an appearance. “Great Caesar’s Ghost” who sits at one end of the table, comes from one of Ken Anderson’s early concepts. Additionally, the scene originates from one Coats’ concepts of a wedding reception.

Penned throughout many of the proposed Haunted Mansion story lines is a bride. In the first concept written, going back to 1957, a young bride was murdered by her husband after she discovers he is not a sea captain, but a pirate. Later that year Anderson wrote another version of the story where guests are gathering for a wedding celebration, only to see the bride-to-be lose her head. Even a later concept featuring the Headless Horseman included a bride. While none of those stories makes its way into the Haunted Mansion, the Attic still pays respect to some of those original ideas. The current Attic scene features the story and marriages of Constance, an axe-wielding bride. Her fifth and final marriage was to former Mansion owner George – throwback to one of the stretching portraits of the Widow Patecleaver sitting on her husband George’s tombstone. Her name in the original script, however, was Abigail.

While the narrated story is tour of a “spirited” retirement home, throughout the ride there are many fun and interesting stories taking place. Even still, You can get in on this story too. They have “999 happy haunts here, but there’s room for one thousand. Any volunteers?”

[please note that this article originally appeared on my previous blog, Mouse and Memos.com, on July 11, 2012]